Articles
You are here: Home / Articles / General Articles / WHY AUSTRALIA’S PROPERTY MARKET IS SO STABLE 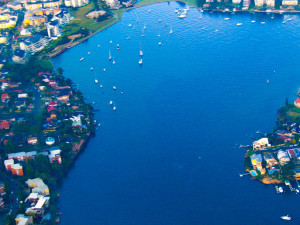 If you are considering buying property in Australia, you may be wary considering the recent worldwide problems in the housing market. Many people lost a fortune on their homes during the recent economic crisis, which has led the majority of people to be quite worried about investing so much money into a new home. However, in this situation, you can consider yourself lucky to be Australian if you are considering investing in a new home or other piece of property.

Many forecasters have predicted that the Australian property market will be one of the most stable in the world in 2013. The Australian government has passed several measures to help make home loans more affordable for the normal person, and due to this, the current interest rate for home loans remains near all time lows. When you combine this with the fact that housing prices are not expected to rise for at least another year, there has never been a better time to get in on Australia’s stable and potentially lucrative property market. The simple fact is that the Australian property market doesn’t seem likely to experience the same problems that have affected the property markets elsewhere in the world.

It seems that some Australians are starting to get clued in as to how good the Australian property market is right now. In fact, after months of decreases in the number of new property purchases, new house sales finally started to increase in November 2012 and continued on that path into 2013 until now.

Some of the factors that seem to be contributing to the newfound stability of the Australian property market include the fact that the many different grants being offered by the Australian government, combined with the incredibly low home loan interest rates have resulted in making owning a home much more affordable for Australians than those living in other countries. In fact, it seems that homes in Australia are finally starting to lose their infamous record of being the least affordable in the world. For many years, the Australian property market was considered one of the most expensive in the world, but these new factors are finally starting to bring it back down to a level that is affordable for the average family.

Another factor that has stimulated the Australian housing market is the fact that Australia continues to have quite high unemployment rates when compared with the rest of the Western world, meaning that more people have more money to spend as they are not at risk of losing their jobs like in other parts of the world. The low unemployment rate also have the effect of making the housing and property market more stable because fewer mortgages are likely to fall into arrears and be foreclosed on. All of this has led credit rating agency Fitch to consider the Australian mortgage market to be one of the best and most stable housing markets worldwide. They consider the Australian property market to currently be one of the most affordable in the world, despite the higher than average prices for homes that still exist within the country.

If you are considering buying a house in Australia, then it seems like there may not be a better time. The first step towards buying a new home is to discuss your options for financing with the various lenders in your area. This way you can compare the rates offered by each and take advantage of the near record low interest rates being offered by lending agencies in Australia. The competition between all of the different loan agencies has never been higher, so you can be guaranteed you will find a great deal on financing.

Want to join the discussion?
Feel free to contribute!

We paid $500 to For Sale For Lease. $400 Upfront with a hundred dollar each month. We sold our house in 11 days for $320,000. We saved ourselves $11,500 from traditional real estate agents commission. For Sale For Lease were so good. They updated our ads soon as I made any changes to it. They listed all home open as we asked them to. They’re very very prompt.

I listed my property on Saturday and on the Tuesday, I had an offer. For Sale For Lease costs me $500, and about 5 hours of my time. That was for the initial setup and dealing with the interested buyers. The overall experience was fantastic! It was easier than I imagined and the best thing I ever did.

HOME SELLING OR RELOCATION: CHOOSE WHAT IS BEST FOR YOUR BUDGET