Articles
You are here: Home / Articles / Buying Property / DRAWING INTO YOUR SUPERANNUATION TO FUND YOUR FIRST HOME PURCHASE 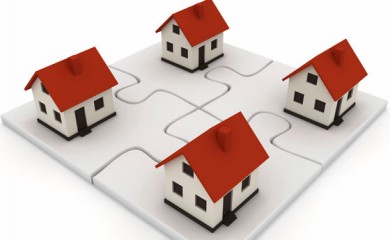 For those of you out there who are yet to buy your own home, how would you feel about drawing on your superannuation funds for a deposit to buy your first property? Would you like the chance to draw into your money, or would you be concerned that it would jeopardize your retirement income?

This is the idea being promoted by Independent SA senator Nick Xenophon. Senator Xenophon believes the concept of dipping into your super fund to go towards your first home deposit is an idea that deserves to be looked at and talked about.

Canada, New Zealand and Singapore all have similar schemes. The Canadian Home Buyer’s Plan allows Canadian residents to withdraw up to $25,000 in a year from their superannuation to build or buy a house.

Many people are throwing their support behind the idea, not surprisingly a lot of those being first home buyers. Affordable housing is a big issue in Australia, and by making super funds accessible it might be allowing those that would otherwise be unable to buy a house make that first step into property ownership. Others are supportive of the concept, but don’t want it limited to first home buyers.

Some are critical of the idea, believing that it would inflate property values and decrease affordability to home buyers. Some are concerned that the money would not be paid back to the superannuation, leaving people short when they reach retirement.

The Association of Superannuation Funds of Australia’s position is that Australia’s compulsory contribution rate is not high enough to allow this scheme. This concern is based on the belief that most individuals do not have sufficient funds in their superannuation to finance a property investment without it possibly, and probably, severely compromising their retirement income.

Despite where you sit on the fence regarding this issue, it is certainly an interesting one. Affordable housing in Australia is an ongoing concern and any new concept being raised deserves discussion, debate and investigation.

Want to join the discussion?
Feel free to contribute!

We paid $500 to For Sale For Lease. $400 Upfront with a hundred dollar each month. We sold our house in 11 days for $320,000. We saved ourselves $11,500 from traditional real estate agents commission. For Sale For Lease were so good. They updated our ads soon as I made any changes to it. They listed all home open as we asked them to. They’re very very prompt.

I listed my property on Saturday and on the Tuesday, I had an offer. For Sale For Lease costs me $500, and about 5 hours of my time. That was for the initial setup and dealing with the interested buyers. The overall experience was fantastic! It was easier than I imagined and the best thing I ever did.

THE PERFECT HOME, OR IS IT?
Scroll to top